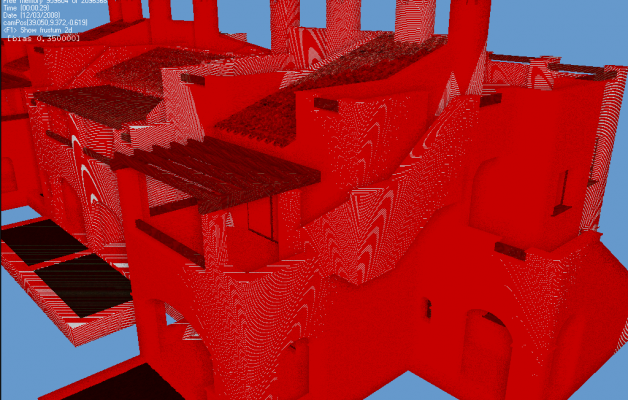 I’ve added real-time reprojection cache to the engine. For SSAO looks like a winner technique because it uses expensive shader. Red pixels aren’t re-computed because they are stored in an auxiliar buffer to be reprojected.

When camera moves slowly or it’s stopped the FPS reaches to infinite and beyond… :p

Lastest days I've been busy coding a demo of a "screen space terrain". There isn't geometry here, only heightmaps. A grid is projected over a...read more →

In my holidays I'm trying to implement new techniques for my terrain engine. Unfortunately, in my screen space terrain implementations, the well-known artifact of "vertex...read more →

A lot of time without any post, bad, bad, bad. I've been busy writing the demo for shaderX7 article, thanks to Nico for the 3d...read more →