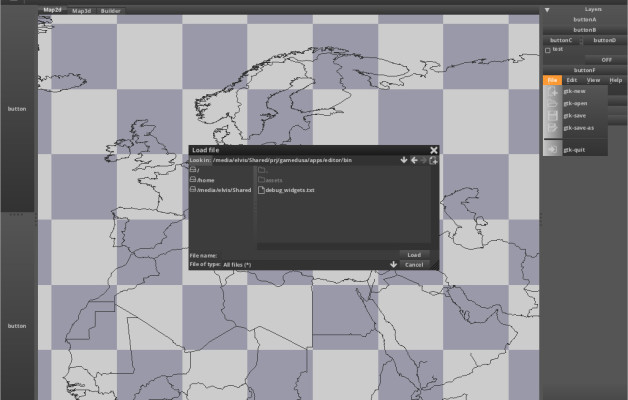 This year 2017 I’ll try to post some updates regarding new technology I’m currently developing on.

Those screen-shots are from a (ancient) project of a multi-platform graphical user interface with a low memory footprint and 100% vector based. 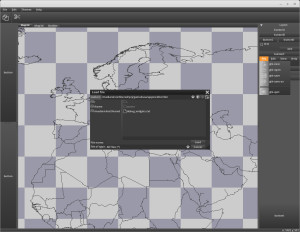 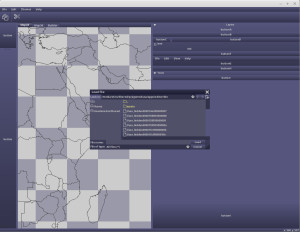 Today it has no oficial name (awGui for a while) and It’s only compatible with GTK+ 2.0 files, so you can use the glade creator. 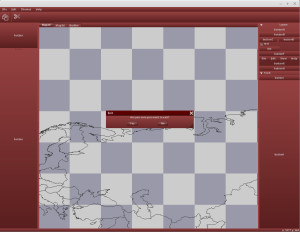 I decided to code it because I don’t like to bind aplications with a heavy GUI solution such Qt or even GTK.

It has NO dependencies and the icons are encoded into a TTF font (I’m using my beloved stb_truetype.h file) so I was able to have a tiny executable of 220kb in linux with all icons and fonts (OpenSans). 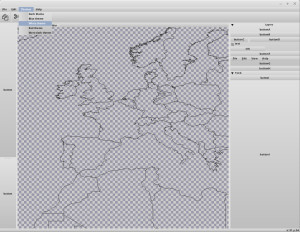 It uses GLES and It also works on Android and Windows. IOS and UWP port could be ready in a near future. 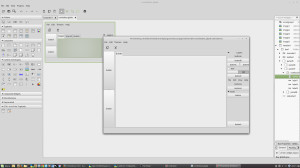 In my opinion it lacks of some various widgets or layouts that are deprecated or misused in GTK but for now, I’ll use it in my games.

By digging through my old HD I’ve found this little gem. Gondwana was my first finished game for MS-DOS and Borland C++. I’ll need to...read more →

https://www.old-games.ru/game/7251.html I want to say thanks to Uka from old-games.ru for the interest in my ancient and abandoned game. You can download a copy in...read more →

Pistache Games is a multi-game system like the "A" machines that you could find in a pub. Ten games made with love and care :) https://www.youtube.com/watch?v=tKpko8axFaw Currently It...read more →